A Galaxy Divided- The Clone Wars 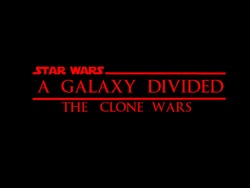 A Total-Conversion mod for the game Star Wars: Empire at War- Forces of Corruption. The mod is aimed to bring the Clone Wars to life with new units, heroes, abilities, planets, skirmish maps, a fully functional campaign, and more. A Galaxy Divided- The Clone Wars also aims to be 100% canonical, which includes structures and planet positions, and be enjoyable for all Star Wars fans. Material will be pulled from the movies, comics, video games, books, and TV show (we are not excluding the 2003 mini-series that everyone loves). So choose your side, the Galactic Republic or the Confederacy of Independent Systems!


Release Date: Not Yet Available
Powered by